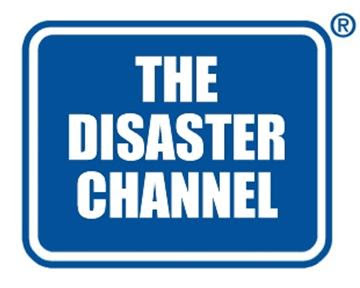 (Atlanta, Georgia) In a bold move long anticipated by industry insiders, The Weather Channel is launching a new channel devoted entirely to the coverage of natural disasters called "The Disaster Channel".

Our TWC sources tell us that the rapid increase in hurricane activity in 2005 caught TWC off guard, and there was not enough air time to cover everything that was happening. "The disasters were hitting fast and furious", explained producer Heather Hotmember. "We didn't have enough on-camera meteorologists to deploy to hurricane landfall locations, and even if we did, we would have had to preempt all commercials to cover all the events".

The new channel will cover all types of natural disasters: hurricanes, tornadoes, forest fires, earthquakes, snowstorms, hailstorms, windstorms, floods, volcanic eruptions, tsunamis, and any other natural events that are both popular and that cause human suffering. An hourly roundup called "Tragedy on the 8's" will give a summary of current disasters affecting the viewers local area. "We anticipate no shortage of material for the new channel", said Ms. Hotmember. "On slow disaster days, we will be showing documentaries of previous major disasters.

There are also a wide variety of weather-related mini-disasters that we will be covering, such as car pileups in bad weather and golfers being struck by lightning. Even on really slow disaster days in the United States, we can always count on other countries to provide their fair share of calamities". The new channel is expected to be launched on April 22 - Earth Day.

Email ThisBlogThis!Share to TwitterShare to FacebookShare to Pinterest
Labels: The Disaster Channel, The Weather Channel