The author of this essay is a highly accomplished Professor and founding director of the International Arctic Research Center at the University of Alaska at Fairbanks. Here is someone very well qualified to comment on the current state of understanding, in this case, the mis-understanding of global warming and climate change.
Peter 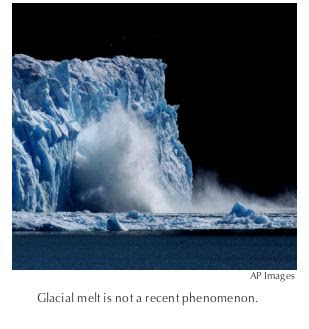 Published by The New American (http://thenewamerican.com/)
The Recovery from the Little Ice Age and Global Warming
By Dr. Syun-Ichi Akasofu
Created 2008-01-29 17:06
A roughly linear global temperature increase of about 0.5°C per 100 years seems to have occurred from about 1800, or even much earlier, to the present. This value may be compared with what the International Panel on Climate Change (IPCC) scientists consider to be the manmade greenhouse effect of 0.6°C per 100 years. This long-lasting linear warming trend is likely to be a natural change.


One possible cause of the linear increase may be Earth’s continuing recovery from the Little Ice Age. This trend (0.5°C/100 years) should be subtracted from the temperature data during the last 100 years when estimating the manmade contribution to the present global warming trend. Thus, there is a possibility that only a fraction of the present warming trend is attributable to the greenhouse effect resulting from human activities. This conclusion is contrary to the 2007 IPCC Report (p.10), which states that “most” of the present warming is due to the manmade greenhouse effect.


There is an urgent need to correctly identify natural changes and remove them from the present global warming trend in order to accurately identify the contribution of the manmade greenhouse effect. One certain way to learn about natural changes is to examine climate change before the greenhouse effect of human-produced carbon dioxide (CO2) became significant.
Unfortunately, I have found that the recent great interest by the public in climatology is largely the result of a proliferating number of confusing stories in the media that are based on misinterpreted information about the greenhouse effect of carbon dioxide. Many people bring up the misunderstood issues when I discuss the present warming trend. The confused people even include some policy-makers and government officials.


For example, the mass media use scenes of large blocks of ice falling off the terminus of a glacier and of the spring break-up in the Arctic as supposedly due to the manmade greenhouse effect. Glaciers are “rivers of ice,” so that calving is natural, and spring break-up is a normal, annual event; both have been going on from the geological time. A number of glaciers in Alaska, Greenland, Himalaya, and the European Alps, which have accurate historic records, began to recede well before 1900 or even 1800. The recession is something that has not begun abruptly in recent years.


Another example is that the mass media report that collapsing houses built on permafrost (frozen ground) are the result of the manmade greenhouse effect. Their collapse is due to improper construction that allows the house heat to melt the permafrost underneath the structure. Reporters who are not familiar with arctic phenomena tend to report such normal occurences as anomalous.


The so-called “hockey stick” figure in the 2001 “Summary Report for Policy Makers” is still a matter of scientific debate and it was not appropriate to use it. (It shows a sudden increase of temperature around 1900 after a slow decrease for 900 years, giving the impression of “abrupt climate change.”)


The public is greatly alarmed and thus concerned about climate change largely because of such misinformation and misunderstanding.
I am concerned about the inevitable backlash against science and scientists, when the public eventually learns the correct information about climate change. Even if the IPCC is not directly responsible for the present confusion, they should take the necessary responsible action to help rectify the confusion. I request that the IPCC make an appropriate statement in this regard before the next G8 meeting in May 2008.


Dr. Syun-Ichi Akasofu [1], was the founding director of the International Arctic Research Center of the University of Alaska Fairbanks from its establishment in 1998 until January of 2007. He has been professor of geophysics since 1964 and has published more than 550 professional journal articles. In 2002, he was named one of the "1000 Most Cited Scientists." His full paper on the Little Ice Age is available as a PDF download [2].
Posted by Peter at 1:02 PM