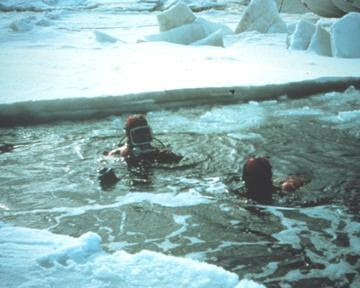 (Ottawa, Ontario) Canada's new conservative leadership has decided to not only ignore its carbon dioxide emission limits imposed by the Kyoto treaty it agreed to, but is now advocating greatly increased emissions. "Let's be honest", said Natural Resources Minister Larry Gunn, "Canadians are tired of freezing to death eleven months out of the year and having to drive to Florida just to thaw out. We use a huge amount of energy for heating, and the warmer we can make the climate, the better off Canada will be. Just look where we all live…98 percent of us are on the border of our country, where it is warmer. It is time to face the truth - warmer is better." The change in position brought swift condemnation from environmental groups.

Enjoying a well-deserved rest in Cozumel, Mexico, a tanned Greenpolice spokeswoman Rainbow Treetower chided, "Canada will regret this decision. We are already mobilizing our workers to march on Ottawa. As soon as the St. Lawrence River is ice free later this summer, we will be sailing to Ottawa to organize widespread demonstrations."

In a curious twist, the recently cancelled "One Tonne Challenge" program, which encouraged Canadians to reduce their carbon emissions by one tonne, is being reinstated with a goal of increasing emissions by one tonne instead. "We are encouraging Canadians to do their part to improve Canada's frigid climate by increasing their energy use as much as possible. As the interior of our country thaws out, we expect a gradual spreading of people and commerce inland. We will be able to safely inhabit places where only the bravest of us have been willing to venture to up until now."

There are still some Canadians that are skeptical of the new plan, however. An employee of 'Mikes Ice Diving Rentals' in Toronto expressed concern that their wetsuit rental business will be hurt if summer water temperatures were allowed to warm up too much. "It will be economic disaster for us if it ever reaches the point where people only need to put on a swimsuit to go in the water", he lamented.