The Fallout From ClimateGate Continues

Oh geez......the game is over says Al Gore....we're toast.....the world is catching onto the hoax that we call man-caused global warming. I look like a total fool. All these years these climate "scientists" have been lying to me! Can you believe it???? 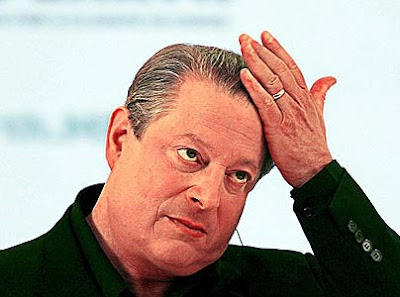 Climategate: the Wailing and Gnashing of Teeth Has Begun

My colleague at CEI, Iain Murray, just sent around a column by the well-known environmental and science writer Fred Pearce. It appeared yesterday at Environment 360 and is titled “Climategate: Anatomy of a Disaster.” The whole article is worth reading, but the last two paragraphs say it all. Any comment by me would be superfluous:

“I have been speaking to a PR operator for one of the world’s leading environmental organizations. Most unusually, he didn’t want to be quoted. But his message is clear. The facts of the e-mails barely matter any more. It has always been hard to persuade the public that invisible gases could somehow warm the planet, and that they had to make sacrifices to prevent that from happening. It seemed, on the verge of Copenhagen, as if that might be about to be achieved.

“But he says all that ended on Nov. 20. ‘The e-mails represented a seminal moment in the climate debate of the last five years, and it was a moment that broke decisively against us. I think the CRU leak is nothing less than catastrophic.’”

World leader. Advocate for climate control. That is why you are losing the battle.