Is Professor Happer, the author of the following editorial a racist, and an enemy of society?  See the previous blog post about some people who think he is.  Judge for yourself.  Who is correct, people who question the premise that man-made carbon dioxide emissions are causing global warming and destructive climate change, or those who scare us into believing we must "cap and trade" (tax) "carbon emissions" in order to save Mother Earth and our own health and future?

Who is more credible, this esteemed Princeton Professor, or Al Gore and President Obama?
Peter


The observed response of the climate to more CO2 is not in good agreement with predictions.

By WILLIAM HAPPER
During a fundraiser in Atlanta earlier this month, President Obama is reported to have said: "It gets you a little nervous about what is happening to global temperatures. When it is 75 degrees in Chicago in the beginning of March, you start thinking. On the other hand, I really have enjoyed nice weather."
What is happening to global temperatures in reality? The answer is: almost nothing for more than 10 years. Monthly values of the global temperature anomaly of the lower atmosphere, compiled at the University of Alabama from NASA satellite data, can be found at the website http://www.drroyspencer.com/latest-global-temperatures/. The latest (February 2012) monthly global temperature anomaly for the lower atmosphere was minus 0.12 degrees Celsius, slightly less than the average since the satellite record of temperatures began in 1979.

The lack of any statistically significant warming for over a decade has made it more difficult for the United Nations Intergovernmental Panel on Climate Change (IPCC) and its supporters to demonize the atmospheric gas CO2 which is released when fossil fuels are burned. The burning of fossil fuels has been one reason for an increase of CO2 levels in the atmosphere to around 395 ppm (or parts per million), up from preindustrial levels of about 280 ppm. 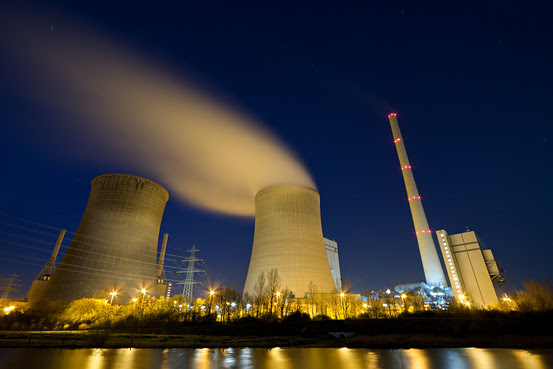 Getty Images
CO2 is not a pollutant. Life on earth flourished for hundreds of millions of years at much higher CO2 levels than we see today. Increasing CO2 levels will be a net benefit because cultivated plants grow better and are more resistant to drought at higher CO2 levels, and because warming and other supposedly harmful effects of CO2 have been greatly exaggerated. Nations with affordable energy from fossil fuels are more prosperous and healthy than those without.

The direct warming due to doubling CO2 levels in the atmosphere can be calculated to cause a warming of about one degree Celsius. The IPCC computer models predict a much larger warming, three degrees Celsius or even more, because they assume changes in water vapor or clouds that supposedly amplify the direct warming from CO2. Many lines of observational evidence suggest that this "positive feedback" also has been greatly exaggerated.

There has indeed been some warming, perhaps about 0.8 degrees Celsius, since the end of the so-called Little Ice Age in the early 1800s. Some of that warming has probably come from increased amounts of CO2, but the timing of the warming—much of it before CO2 levels had increased appreciably—suggests that a substantial fraction of the warming is from natural causes that have nothing to do with mankind.

Frustrated by the lack of computer-predicted warming over the past decade, some IPCC supporters have been claiming that "extreme weather" has become more common because of more CO2. But there is no hard evidence this is true. After an unusually cold winter in 2011 (December 2010-February 2011) the winter of 2012 was unusually warm in the continental United States. But the winter of 2012 was bitter in Europe, Asia and Alaska.

Weather conditions similar to 2012 occurred in the winter of 1942, when the U.S. Midwest was unusually warm, and when the Wehrmacht encountered the formidable forces of "General Frost" in a Russian winter not unlike the one Russians just had.

Large fluctuations from warm to cold winters have been the rule for the U.S., as one can see from records kept by the National Ocean and Atmospheric Administration, NOAA. For example, the winters of 1932 and 1934 were as warm as or warmer than the 2011-2012 one and the winter of 1936 was much colder.

Nightly television pictures of the tragic destruction from tornadoes over the past months might make one wonder if the frequency of tornadoes is increasing, perhaps due to the increasing levels of CO2 in the atmosphere. But as one can read at Andrew Revkin's New York Times blog, dotearth, "There is no evidence of any trend in the number of potent tornadoes (category F2 and up) over the past 50 years in the United States, even as global temperatures have risen markedly."

Like winter temperatures, the numbers, severity and geographical locations of tornadoes fluctuate from year-to-year in ways that are correlated with the complicated fluid flow patterns of the oceans and atmosphere, the location of the jet stream, El Niño or La Niña conditions of the tropical Pacific Oceans, etc. 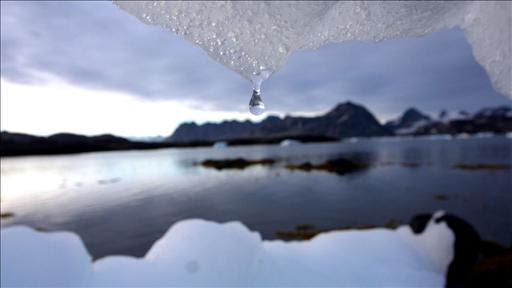 Princeton physicist William Happer argues that computer models vastly exaggerate the effects of carbon dioxide on climate and that CO2 may in fact be beneficial.

As long as the laws of nature exist, we will have tornadoes. But we can save many more lives by addressing the threat of tornadoes directly—for example, with improved and more widely dispersed weather radars, and with better means for warning the people of endangered areas—than by credulous support of schemes to reduce "carbon footprints," or by funding even more computer centers to predict global warming.

We need high-quality climate science because of the importance of climate to mankind. But we should also remember the description of how science works by the late, great physicist, Richard Feynman:
"In general we look for a new law by the following process. First we guess it. Then we compute the consequences of the guess to see what would be implied if this law that we guessed is right. Then we compare the result of the computation to nature, with experiment or experience; compare it directly with observation, to see if it works. If it disagrees with experiment it is wrong."

The most important component of climate science is careful, long-term observations of climate-related phenomena, from space, from land, and in the oceans. If observations do not support code predictions—like more extreme weather, or rapidly rising global temperatures—Feynman has told us what conclusions to draw about the theory.

Mr. Happer is a professor of physics at Princeton.

A version of this article appeared March 27, 2012, on page A13 in some U.S. editions of The Wall Street Journal, with the headline: Global Warming Models Are Wrong Again.
Posted by Peter at 3:34 PM