Planet Earth Does Not "Lose" Ice

Breaking news: planet Earth does not "lose" ice or water.  Ice either melts into water and is stored in the oceans, lakes, rivers, atmosphere or underground reservoirs.  When ice is not melting, water is being added to glaciers as snow and ice.  This cycle of cooling and warming, melting and freezing, has been going on essentially since the creation of the Earth.  Note this has been going on longer and is controlled by forces far greater than humans burning fossil fuels.

Here is a summary of what is known as the Earth's Hydrologic Cycle, taken from this blog.  You can do a search of this blog and find much more.
Peter


The Earth's Hydrologic (Water) Cycle - Pete'sPlace
Jan 24, 2008
It seems a refresher course in the basics of the Earth's hydrologic cycle is in order. First of all, it needs to be understood that there is a finite, or relatively fixed amount of water on or in the Earth. This does not, has not, and can ...
http://petesplace-peter.blogspot.com/ 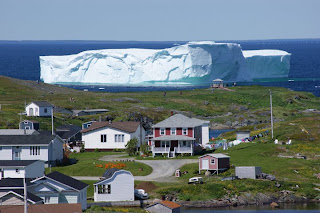 It is amazing to see because it feels so clearly out of place, but in some spots along Antarctica’s coast you can actually find hints of grass and other plant life—green evidence that in parts of the long-frozen continent the ice is thinning, and fast.
But just how much ice is being lost? A new, ten-year study conducted by Bristol University’s Glaciology Centre says that between Antarctica and Greenland, the answer is 300 billion tons a year.
That’s a lot of ice cubes.

In scientific terms, a decade makes for a short study; this one can’t forecast whether this kind of loss will sustain into the future. (Though reasoned experts believe it will and may even accelerate.) But if it continues at this pace, goodbye Miami, Hong Kong, New York City, etc., as well as the homes of hundreds of millions who live on estuaries, deltas, coral atolls and great city river basins around the globe.


The two massive ice sheets in Greenland and Antarctica combined—the ice in Antarctica is three miles thick at some places—contain 99.5 percent of the earth’s glacier ice. If it were all to melt (which would admittedly take centuries), sea levels would rise by 500 to 600 feet.
I’ve been to Antarctica on a couple dozen different trips, mostly along it’s long, skinny Peninsula, which because it is surrounded by warming ocean on both sides is the area most-impacted by the planet’s changing climate. It’s there each austral summer that more shorelines are exposed thanks to disappearing ice, and where you find hints of plant life. (How did the seeds get there? Most likely hitchhiking on fishing boats and visiting tourist ships, both growing in numbers.)

Another satellite study, conducted over the past 20 years by NASA and the European Space Agency, confirms the Bristol study, reporting that the planet’s ice sheets have melted faster in the last 20 years than in the last 10,000.

According to this study, melting ice from both poles has been responsible for a fifth of the global rise in sea levels since 1992. The rest was caused by the thermal expansion of the warming ocean, the melting of mountain glaciers, small Arctic ice caps and groundwater mining. The share of the polar ice melt, however, is rising and most concerning.


When it comes to Antarctica, though, it can be tricky to generalize. It is a huge continent; the U.S. could easily fit inside its borders. In the huge area of East Antarctica, where the ice is mostly above sea level, the air temperature is also much lower, and the experts do not expect the ice to melt on account of rising temperatures. In this part of Antarctica, the ice sheet is actually growing as a consequence of increased snowfall.

But today, using a variety of satellite reports and on-the-ice studies that have been going on for many decades, even conservative scientists say sea levels are rising 60 percent faster than what the Intergovernmental Panel on Climate Change predicted in 2007.
Posted by Peter at 10:35 PM