Sea Level Rise Will Drown Us All --- The Big Lie Continues

It doesn't matter how irrational their message is, or how often and thoroughly their predictions have been proven wrong. The global warming doomsayers just keep repeating themselves, hoping if they repeat themselves often enough, someone will listen to them.  I think their devious strategy is proving wrong.  People get weary and wary of the hype.

The problem is people then become jaded, and don't believe anything.  Taken farther, people lose trust in their political leaders, even their educators who they see as either being stupid or "part of the big lie".  Then what happens?  A lack of respect for authority leads to a general breakdown in society.  Do you think I'm exaggerating?  Take a look around.  Consider the growing lack of respect for law enforcement officers because of the abuses of a few.  Consider the lack of trust generated by the NSA leaks.  Add the admitted spying on ordinary, law-abiding people by the FBI, the IRS, the EPA, then tie all of that into the "Affordable Health Care Act", or Obamacare as it is more popularly known.  The continual effort to get us to believe in the great myth of man-controlled global warming , or as they now call it, "climate change"  is just part of the big hoax, the big effort to rule, control, and abuse ordinary people.  It is not good friends.

This kind of distrust leads to people not taking immunization shots because they distrust doctors.  How many people lie about their income, hide their income, or do everything they can to avoid paying taxes.  That is what leads to black markets and smuggling in broken countries.  Ban alcohol, ban drugs, ban guns and ammunition?  Guess what, people will find a way, illegally or not, to get what they want.  Why are people buying guns in record numbers, and hoarding ammunition?  They're doing it because they don't trust our government.  So continually promoting this man-caused global warming nonsense is wrong, counter-productive and produces nothing but harm, to our society, tragically to our environment and the planet we all love and refer to as Mother Earth.

Here is another of the stories in the media that keep repeating the same old party line.  The big "boogie man" SEA LEVEL RISE is going to submerge us all.
Peter 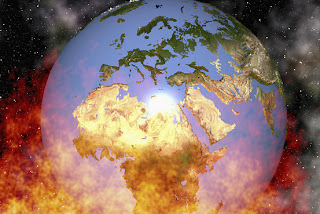 Seas may rise 2.3 metres per degree of global warming-report

BERLIN, July 15 | Mon Jul 15, 2013 10:22am EDT
BERLIN, July 15 (Reuters) - Sea levels could rise by 2.3 metres for each degree Celsius that global temperatures increase and they will remain high for centuries to come, according to a new study by the leading climate research institute, released on Monday.
Anders Levermann said his study for the Potsdam Institute for Climate Impact Research was the first to examine evidence from climate history and combine it with computer simulations of contributing factors to long-term sea-level increases: thermal expansion of oceans, the melting of mountain glaciers and the melting of the Greenland and Antarctic ice sheets.
Scientists say global warming is responsible for the melting ice. A U.N. panel of scientists, the IPCC, says heat-trapping gases from burning fossil fuels are nudging up temperatures. A small number of scientists dismiss human-influenced global warming, arguing natural climate fluctuations are responsible.

"We're confident that our estimate is robust because of the combination of physics and data that we used," Levermann told Reuters. "We think we've set a benchmark for how much sea levels will rise along with temperature increases."