Three big companies quit an influential lobbying group that had focused on shaping climate-change legislation, in the latest sign that support for an ambitious bill is melting away. 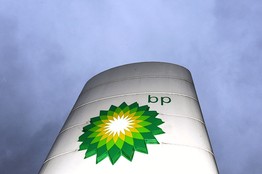 Several companies are quitting an influential lobbying group focusing in on legislation, despite the administratin's push to use the budget to pass greenhouse gas legistlation. WSJ's Grainne McCarthy reports in the News Hub.

Oil giants BP PLC and ConocoPhillips and heavy-equipment maker Caterpillar Inc. said Tuesday they won't renew their membership in the three-year-old U.S. Climate Action Partnership, a broad business-environmental coalition that had been instrumental in building support in Washington for capping emissions of greenhouse gases.

The move comes as debate over climate change intensifies and concerns mount about the cost of capping greenhouse-gas emissions.

On a range of issues, from climate change to health care, skepticism is growing in Washington that Congress will pass any major legislation in a contentious election year in which Republicans are expected to gain seats. For companies, the shifting winds have reduced pressure to find common ground, leading them to pursue their own, sometimes conflicting interests.