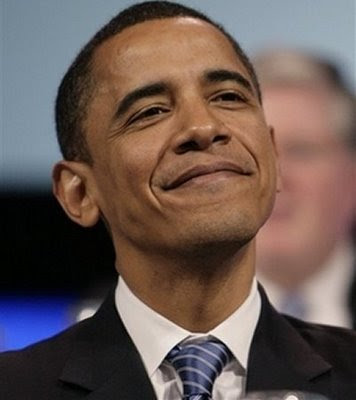 Smug Alert! is episode 1002 of South Park. It first aired on March 29, 2006, as a send-up of the environmental movement, hybrid cars, their celebrity proponents and the superficial feel-good nature of all involved. Gerald Broflovski buys a hybrid vehicle and buys into the whole progressive movement, becoming an evangelist, moving his family out of South Park, disturbing a delicate equilibrium and indirectly causing an environmental disaster along the way.

[edit] Plot
Kyle's father Gerald buys a new hybrid car, a Toyonda Pious, and drives around showing it off to everyone. He begins an unwelcomed campaign to convert the other townspeople to environmentally friendly vehicles. This behaviour annoys his friend Randy, who complains that Gerald now preachily talks with his eyes closed, and that he almost likes the smell of his own farts. Deciding that they cannot live among such backward, unsophisticated folk, Gerald decides to move his family to San Francisco.
Stan is horrified that his best friend is leaving South Park, but Gerald informs him that he will not be returning until everyone feels the same way as him about the environment.
Cartman is joyous over Kyle's leaving and, after holding a farewell party for Kyle that everyone but Kyle is invited to attend, not celebrating Kyle, but the fact that Kyle is leaving. He decides to fill the void by ripping on Butters, whom he now calls a "stupid Jew". Stan coldly predicts that, without Kyle around to rip on, Cartman's life will be empty.
After the Broflovskis leave, Stan writes a repetitive song about the importance of hybrid cars, which finds its way onto the radio and, incredibly, causes everyone to drive hybrids — and act as smugly as Gerald. Stan is praised for opening everyone's eyes but soon bumps into Ranger McFriendly, protector of the environment, who surprisingly criticises what he has done: although smog rates are down, people who drive hybrids create a toxic gas in the air called "smug", and South Park now has the second-highest levels in the country, after San Francisco.
In San Francisco, Kyle's father is glad to meet like-minded "progressive" people, who, in mid-conversation, fart loudly, bend over and inhale with pleasure, before resuming discussions of their philosophies. Kyle finds it difficult to fit in with the other kids, who take drugs to deal with their parents' "smugginess". Kyle refuses the offer of acid but, after seeing that his dad is even more arrogant than before (sniffing his own fart), asks for "maybe just half a hit," while his brother Ike takes three.
The cloud of smug forms over South Park and begins to combine with that of San Francisco. In a series of scenes parodying the film The Perfect Storm, McFriendly reveals that the cloud of smug from George Clooney's 78th Academy Awards acceptance speech (which claimed that Hollywood was "ahead of the curve" on social issues) will soon drift into the center of the "super cell" and create "the perfect storm of self-satisfaction", which will heavily damage South Park and completely destroy San Francisco, much to Stan's dismay.
Cartman, meanwhile, finds Butters too nice and, due to his lack of self-esteem, unwilling to defend himself as Kyle did, quickly loses patience and wishes that Kyle would return, fulfilling Stan's prediction. To top it all off, Butter states that he is really not a Jew at all, much to Cartman's irritation.
While Stan is forced into helping the town to eliminate hybrid cars, Cartman, desperate to get Kyle back so that he can resume hating him, secretly goes to San Francisco with Butters, planning to infiltrate the city and rescue his foe. Afraid of San Francisco's lesbian and hippie movements (which he hates), Cartman wears an "anti-smug suit" (connected to a hose with an air supply managed by Butters). Just as the storm hits, Cartman finds the Broflovskis in their house, completely stoned on acid and smug.
The storm destroys thousands of homes in South Park, while San Francisco disappears "completely up its own asshole", leading everyone to think that Kyle's family is dead. The Broflovskis reappear, though, explaining that they awoke mysteriously on a bus, and thank a "guardian angel", unaware that it was Cartman who saved them. Even though Butters knows about this, Cartman convinces him to keep quiet, not wanting Kyle to know.
With all their cars destroyed, the townspeople vow never again to buy hybrids. Kyle points out that hybrids really are a good thing; the people who drive them should just not be smug about it, or act as if they are above everybody else. The people, however, are not ready to drive them without being smug — "it's simply asking too much" — so they return to SUVs and other high-fuel-consumption vehicles.
Cartman talks to Kyle, saying that everything is back to normal; Kyle agrees. Cartman then calls him a 'sneaky Jew rat'; Kyle retorts by dubbing him a fatass and storming away. Cartman smiles at this, relieved to have the status quo returned.

[edit] Production
According to the commentary, this episode came directly from the creators' annoyance at people in California with the same attitudes as the people in the episode. One instance in particular involved Trey Parker's mother getting a smuggy compliment one day after receiving a hybrid car from her son as a gift. All quotes from the Clooney acceptance speech are the real words he used, although it is Trey Parker saying them rather than actual audio of the speech.

Wikiquote has a collection of quotations related to:
Smug Alert!
Teaser Video Clip on SouthParkStudios.com
[1]
San Francisco values
Posted by Peter at 12:30 AM