A Reminder, The Myth Of Man(n) Caused Global Warming Lives On

A good cartoon sometimes says it all.  The religious fervor driving the myth of man-caused global warming will not go softly into the night, no matter how discredited it is.
Peter 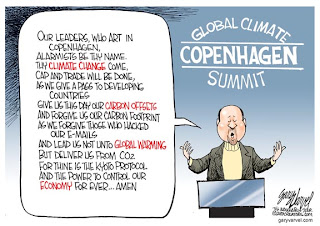 More from a search for Dr. Michael Mann on this blog: 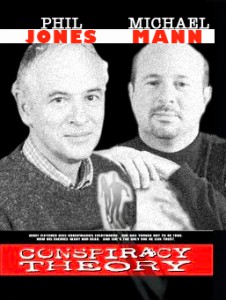 Leaders of the pack.
Two of the leading suspects in the Great Man-Caused Global Warming Hoax
Posted by Peter at 12:30 PM

Pete, I've noticed lately that you're posts are becoming increasingly propagandist, to the point of being nearly hysterical.

Are you frustrated that the "hoax of AGW" repeatedly produces solid science and the "grave of AGW" is nowhere in sight?

One could say that you are having a hard time convincing people who actually know something about the subject.

And one could also say that you are deleting comments because you yourself cannot keep up with the argument and that's why you so frequently need to cut-n-paste other people's writing.

Besides that, the cartoon is actually most lame.

Well since I'm not being paid to put together this blog and considering I have other things to do, I don't expect everyone to think everything I say is brilliant. And frankly, I really don't have the time or the patience to deal with ignorant, insignificant internet trolls.

No scientist wants the kind of attention anyone gets when attacked by the liberal mainstream media for daring to question the myth of man-caused global warming. Most have jobs, mortgages, families and careers they put at risk for merely seeking the truth. That is a fact and a sad commentary on how the left has gained control of our academic institutions and the media.

Current events such as the bankrupting of Americaa,the utter failure of the so-called "green movement",the alternative energy fiascos such as Solyndra, (solar energy), wind power, electric vehicles (Chevy Volt) and more are ample proof of this failure that has as part of its foundation the myth of man-caused global warming.

Pete, which scientists have been attacked by the liberal mainstream media?

Certainly you realize that the usage of green energy is constantly on the rise and constantly being updated?

And do you think your intense conservatism might color the way you see events and issues--say, AGW?

Which scientists who question the man-caused global warming premise have been attacked? Ummmm, try all of them? Start with Dr. Roy Spencer, (a fellow Badger, I'm proud to say).

Roger Pielke, Jr. and Sr.
Dr. Timothy Ball
Dr. Richard Lindzen
the list is very long, if you care to do a bit of research.

I've often posted about "green energy" and have studied and worked on subjects like geothermal energy and nuclear power since the begining of my career. I know the geology of coal. I am also familiar with solar energy, wind power, hydro power, ethanol, and some of the more exotic forms of energy.

I know none of these forms of alternative energy can compete economically with conventional oil and gas. Little has changed in the last 50 years. I don't object to honest research and experimentation. What I object to most strenuously is the government subsidy of these "green energy" sources with, in effect using taxpayers (our own money) to effectively force us to use something we do not want. This is state control, centralized control, socialism, Marxism, fascism.....whatever you want to call it. It is not freedom.

Then you add in the proven failure of these attempts, in foreign countries, like the infamous USSR, and all the other communist countries, (China under Mao, Cuba, Venezuela, etc., all economic and humanitarian nightmares). Now people are following this same disatrous ideology and forcing it upon America? That is truly insanity.

Of course my "conservatism", (I'll call it realism) affects my judgement. I'm not going to follow the herd or the "consensus" out of fear of anything or anyone. I'm too old to be afraid. I'm just doing what everyone should do, use all their knowledge, experience and spirit to fight for justice, honesty, integrity, and for the true good of America, (all people for that matter) and future generations.

Why should I tolerate the lies coming from liberal politicians, and their lap dogs in the mainstream media who skillfully go out of the way to silence any critics of the liberal status quo and manipulate public opinion in their (liberal) favor.

Grow a pair and watch the recent documentary I saw last night for tha first time, on Sarah Palin, titled "The Undefeated". Try to get past the fact that she is an attractive woman with a gratingly shrill voice sometimes. Listen to what she has to say, consider her accomplishments. She's far from just a pretty face or a pawn of "big oil".

I'm not "extreme" anything. I just want the truth, and it sure as heck isn't coming from the liberal left, in fact we're getting just the opposite, with government take over of nearly everything, from banking, to insurance, to automobile manufacturing, to health care, to education. If they can finally get hold of energy production and distribution, which they're trying very hard to do, that could be the provergbial straw that breaks the camel's back.

I must say, Pete, I’m impressed; this is the most articulate and intelligent thing you’ve ever riposted…in fact…if I didn’t know better, I’d say this is not our usual same old Pete. For the time being, I’ll just call you New Pete. I’d say you have the same angry and extremist views as my old friend Pete but a much broader control over syntax. Or perhaps the old Pete is sober? Well, doesn’t matter.

I think the media has been far harsher on Gleick and Gore, for instance, than ever it has been on Pielke and Lindzen. In fact, if one does a Google search on any of the names you’ve listed above, one finds mostly commentary in the blogosphere done mostly by climate denialists such as yourself and very little actual news. To blame the “left leaning media” is simply a conservative rational for why there are a good many people who are not persuaded by the angry hard-right rhetoric. And if there is negative media associated with the people you list (and it might do well to assume I know who and what you are talking about---I’m not a stranger to the AGW debate), it is often of their own making, say, Tim Ball claiming to be a climatologist when he is, in fact, a geographer.

As for the use of green energy---most critics, it seems, are people like yourself. I can only say I’m glad you weren’t at Kittyhawk when the future of technology was literally right above our heads. Fortunately, people were willing to work on how to solve technological problems, not turn them into political ones via the use of gratuitous analogies to former Cold War enemies.

And I have actually seen the Palin agitprop mockumentary. It was hilarious. And I have to disagree: she is essentially a pretty face with a vapid harddrive behind it---as for a pawn of “big oil,” I suspect she is a pawn of a great many interests.

Anonymous, you just can't help being an arrogant condescending a$$hole, can you? Take your polital bull$hit elsewhere, or better yet, put it where the sun don't shine. End of discussion.

Pete...trolls are pathetic little creatures.. their only joy is in getting under your skin and causing trouble.. don't give him that satisfaction.

What I don't understand about Pete is how he can start and fight and then get mad about it. You've created an often juvenile, poorly informed, all-out assault on science and scientists and anyone who expresses concern about the environment, but you can't handle a little constructive criticism?

The Cold War is over, my friend, capitalism and democracy won. The hippies have largely faded into obscurity, and America is quite dependent on oil for the time being---your lifestyle and livelihood, in other words, are secure. You need not demonize the scientists for simply doing science. You might actually read what they say instead of reading whackjob blogposts from people clearly unqualified and clearly overcome by the denialist herd mentality.

There is much you don't understand about Pete (or science, or the real world) and you're just being an ass. "Constructive criticism"? That's a laugh.